President of the State of Israel

Ministry of Energy and Water

Ministry of Science and Technology

The Coordinator of Government Activities in the Territories Unit (COGAT)

The Jerusalem Center for Public Affairs

All too often, the international media covers events in Israel in a highly selective way with an intense focus on conflict. The only way to get a full picture of a country where so much more is going on is through reading a range of dedicated Israeli news sources. Offering political opinions from left to right, local Israeli news sources are host to the broad spectrum of journalists and opinion writers who know what’s really going on.

Of course, with so much opinion and analysis from so many competing viewpoints, it helps to check out as many sources as possible. That’s why we’ve highlighted (in no particular order) our top seven Israeli news sources in English.

1. THE TIMES OF ISRAEL

Founded in 2012, this online-only newspaper was established by UK-born veteran Israeli journalist David Horovitz. According to its website, TOI “has no partisan political affiliation. It seeks to present the news fair-mindedly and offers a wide range of analysis and opinion pieces.”

Founding editor Horovitz is one of the most sensible and coherent voices offering analysis of the Israel scene both on the TOI site and as a commentator in the international media.

A particular feature of TOI is its blogs section where anyone (within reason) can open a blog and contribute their opinions on any subject. The best quality articles are selected by TOI opinion editors for the featured section. As opposed to other media outlets that have a consistent roll of columnists or contributors, TOI offers a vast selection of opinions. Although it aims to be Israel’s “marketplace of ideas”,  some argue that the political range of opinions gravitates heavily towards the center or center-left, as writers with firm left-wing  or right-wing views prefer to see those views published on other news sites.

TOI’s website is clean, user friendly and well set out without too many distracting ads.

Founded in 1932, the Jerusalem Post, or JPost, is the most well-known and still the most widely read Israeli news site. While sharing much of the same content, the print and web editions are technically separate entities. However, if you happen to be in Israel, make sure to grab yourself a copy of the Friday edition, which comes with lots of extra supplements to read over the weekend.

The JPost is considered to be politically center-right although it does aim to provide balanced coverage from across the political spectrum. On the subject of Israeli politics, it’s well worth following the views of JPost journalists Lahav Harkov and Gil Hoffman, who offer regular analyses of the complicated goings on in the Knesset and Israel’s often-fraught domestic politics.

The JPost’s website is, unfortunately, let down by a somewhat chaotic layout and dominated by pop up ads that can spoil the viewing experience.

YNet News is the English language website of the Hebrew daily Yedioth Ahronoth. Offering translations from the Hebrew website, YNet News offers a limited number of articles and some of the best writing from Yedioth’s stable of columnists. Of particular interest for HonestReporting readers are the columns of Ben Dror Yemini who often writes about Israel’s public diplomacy efforts and debunks some of the lies that are being spread about the Jewish state.

The YNet News website is straightforward and offers a selection of Israel’s top stories of the day.

Israel Hayom’s Hebrew print edition is the country’s largest circulation newspaper by virtue of the fact that it is given out for free. You can spot the ubiquitous red uniforms of the distributors at major road junctions and transport hubs during the morning rush hour handing out copies to commuters.

Israel Hayom earned itself the nickname “Bibiton” – an amalgamation of Benjamin Netanyahu’s own nickname and the Hebrew word for newspaper. Hardly surprising as the newspaper was intended to level the media playing field by Netanyahu benefactor and Israel Hayom’s main investor Sheldon Adelson in the face of what was seen as an increasingly left-wing media landscape.

As for its English-language website, Israel Hayom offers a daily online newsletter with the main stories of the day. As such, it is static in that breaking news stories only appear in the next edition, much like a morning printed newspaper.

While it likes to be perceived as Israel’s paper of record in the same way as the New York Times, the reality is that the left-wing Haaretz has an extremely small circulation compared to its Hebrew language rivals. The English edition, however, is a different story.

The news source of choice for foreign journalists, diplomats as well as some of Israel’s biggest detractors, Haaretz does have some undeniably high quality writing once you get beyond the sometimes hyper-critical and negative coverage that too often serves as source material for those looking to bash Israel.

And there are few red lines when it comes to the level of discourse in the opinion section, which offers a platform for extremists such as columnist Gideon Levy.

Some might argue, however, that Haaretz is testament to the dynamic and free media that exists in Israel as well as offering ample evidence of the Israeli and Jewish penchant for extreme self-criticism.

The newest addition to the Israeli media, i24 News broadcasts in English, French and Arabic and aims to bring “unfiltered, unbiased, global news from where it happens.” While headquartered in Jaffa, i24 has also opened a studio in the US, expanding its reach through cable TV in the US as well as a number of European and African countries. Remarkably, even though it has been broadcasting since 2013, it was only in 2018 that i24 News was able to broadcast on the Israeli HOT cable TV due to legal issues of ownership.

Recently, i24 News has made greater efforts to produce more original content from Israel rather than relying on wire services, which is a welcome development. Unfortunately, due to its expansion in the US, i24 News requires a small monthly fee to access its live television broadcast through its website but if you are looking for a 24/7 rolling news and current affairs TV station focused on Israel and the region, i24 News is really the only place to go.

7. BEST OF THE REST: OTHER NOTABLE SOURCES 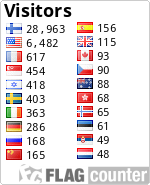 Sudanese Coup and Some Regional Aspects

Ariel Rusila is a blogger and former development project management expert from Finland with a special interest in the Balkan region. His other interests include geopolitics, conflicts and The Great Middle East.

Ariel by Ari Rusila is licensed under a Creative Commons Attribution 4.0 International License.